" The cold floor feels good on the soles of my feet, I can hear car engines whirring outside, the beep of horns mixer with the occasional bleep or yell of an infant, or the low weeping moan of a mother or father whose child is going through some horror that they can't protect them from. We are in AMRITA Hospital in Kochi, in Kerala, south of India.

I sit for a moment and take in AMMAs beautiful smile in the photo on the wall I start to daydream of the one day I get to meet her and how they may have to tear me away from her because I probably won't let go of her hug. In that moment I'm called into the ER room. I've been asked to observe and witness these master surgeons perform magic.

The two things that come to mind that continue to baffle me are how Dr David Luu and his team are able to operate, performing open heart surgery and other non invasive procedures with such precision - on and around arteries and major organs - that are so physically small ( the youngest patient being just over a week old.) And how these little giants heal and grow after such trauma. Tissue stretching over bone and muscle and ligament to form into flesh and beautiful beings, healing and growing all mostly while they are sleeping, their little chests rising quickly like hummingbirds searching for the next flower in their sleep.

It's magic really, I've decided it has less to do with science than the sheer mystery of life and the will to live. These babies are fighting and this staff -all of them- are dedicated. Like war torn soldiers going triumphantly back into battle, none of them blinking, sometimes you can see the smile in their eyes over the cloth masks, the smile is a testament that miracles are taking place here every moment...and Life is winning."

" Today is the second day of our mission. Still discovering a lot of new things for us in the Heart Surgery sphere including observing the operations. I would never had thought heart screening and catheterizations existed. I discovered them in Kochi's Amrita Hospital thanks to The Heart Fund Team, here to save the lives of these poor children with rich souls.

Today, we are visiting children and their families that are already recovering from recent heart surgeries. The parents are so young and already facing such difficulties in life. Most of them don't speak English and it was very difficult to communicate and to exchange the feelings, but their eyes speak for themself, the pain they went through watching their newborn child fighting cardiovascular disease was written on their faces. They look tired and exhausted but very happy as the worst is behind and they are ready for recovery and a new beginning..."

" We are almost acustomed to the crazy traffic and frenetic pace of the morning rush..almost like any other city except the the women are more colorful in their buisness attire and the men dressed in smart cotton shirts sandals and aBut today seems quiet , prayer started early at half past five and seems to have lasted well into the morning. Streets are half full , shops are closed, no children going to school. So I'm gathering it must be a holy day of some sort or maybe we are just very early , before I know it I'm in my scrubs and watching the prep in OR #4.

This child can't be more than 3 years old. Taped up around her mouth and eyes like some young astronaut being readied for deep space exploration I watch the staff move with precision , shorthand dialogue , near misses, fluid exchanges of metal gears, tape, plastic tubes and cool deep blue canvas being draped around the small warm calm cinnamon brown frame laying so peaceful on her back. Chest rising and falling, the beep beep beep of blood pressure meters and the constant monitors 30 min later and they are in fully open mode. The contrast is the silver walls blue people all meandering around the close periphery of this beating heart. Size of an apple red as pomegranate throbbing like a sub woofer.

To my left is the artificial heart and lung machine which I swear looks like a DJ desk with 4 spinning disc like pressure gauges and digital Star Trek numbers. It would be complete with music I think ,soul soundtrack maybe -heart beats..I think I'll come out with a designer model,David Luu is hoping to supply this hospital with a more portable unit sometime In future. Someone hands Alina and I a list of 6 kids that have been performed on since we arrived. Dr. Luu has a big smile on his face. Beautiful smile. Right now to me he looks just like his 3 months old son. Cherub spirit in his playground all full of infectious happiness... "

" Every morning we wake up with The Heart Team very early and go to the hospital at the moment of the sunrise . The local traffic is crazy, we pray to stay alive as our local drivers are driving with too mcuh enthousiasm. AMRITA Hospital is a magic place with a very special energy. The hospital was built by a amazing woman, Amma, who spreads love anywhere she goes and give back so much to the community. Everybody in Kerala consider her as a saint and carrying her photo everywhere .

At the hospital, the people are very lovely and care so much about their patients. I'm absorbing a lot those days by watching them and our team collaborating . After spending so many hours a day at the AMRITA Hospital watching the delicate operations of little children's hearts I really start to understand and appreciate the work of the doctors. They spend so much time in the hospital for those who need them, most of the time they don't even have the time to eat, the schesule is very intense here . They are saving so many lives. Watching the pain of their patients and their families every day is very hard. The only thing can i tell is that the people who choose to become a doctor have a Very Big Heart."

"I was up at 5 today, There's been something getting me up and out before dawn everyday of this journey and it's not the jet lag, nor Is it the echoes morning prayer seeping through the cracks of my window like a moist morning mist.. Its something lighter and heavy at the same time, hard to explain really but it feels so very positive, it's like waking up with a full heart and an Empty stomach , a grateful purpose that is permeating every cell of my being. And like a marrionette I'm pulled up from the middle,rising, arms flapping back useless,out of bed I am, smiling zombie full of conviction bumping around in the deep blue morning light.. We've had a couple of opportunities to reach out into the social stratosphere lately : a boat ride to Fort cochin to Check out the street sellers and small but over priced spice market (really just a little shop with a handful of hustling little ladies) the most fun So far was getting 12 tickets the the Kerala blasters match from the likes of David James, the famous english footballer who is now the manager of this fairly new local team. David is an Old acquaintance of mine who I ran into at the hotel buffet. And already Alina seems to have taken quite a liking to him. I'm thinking the idea now is to get the blasters to come visit the hospital. With the help of Alina's big blue eyes I think we can close the deal for sure. Putty in her hands he is really.

Blasters vs northeast united nil-nil frustrating match. They need a better short game I think but great excitement really. The best part of it all was being able to get the surgeons out for a quick soccer match, I know it must've reinvigorated their spirits. They have been doing such incredible work. To see Dr.Luis and Dr. Luu working together is something I will never forget. They have a shorthand. A trust and mutual admiration it makes me emotional thinking about it. And now to see the glow on the faces on the babies a day or two after surgery. This is a divine vision.. I'm touched by spirit for sure...

Today is a heavy schedule at the hospital. Starting with a meeting with the Director Dr.Prem who with the help of Amma and two other key people built Amrita hospital from the ground up- actually he mentions a few times that the foundation was built up on the river from pylons being driven under the bedrock - Dr.Luu and the team are signing a historic agreement with Dr.Prem complete with pictures and handshakes. It's a graceful festive but powerful moment. Off to the press conference where after short but informative explanations from Dr.Kumar and Dr.Luu the floor is handed to the reporters and all is dead quiet until you hear a couple of questions raised towards Alina and myself .. Sort of like what's these two got to do with this whole thing eh? Alina grabs the mike and gives them the old one two knockout answer and I follow up with my " I reiterate " answer. And that pretty much shuts them up for another few moments. After some more photos and a couple more questions from a cute little bird reporting for the India times we are back on the snaky beeping road. I have to finish my Sound Check for an Acoustic concert performance that Im giving for thé student, staff and some of thé patients who are well enough to attend. Im relaxed but im a little worried because well.. we are in India after All. I know firsthand what east Indian ears and eyes are accustomed to hearing and seeing. The most extraordinary musicians come from this continent, their impossible time signatures multi octave vocal ranges and complex rhythms and arrangements have left me baffled for 20 years. I've played with master musicians like Karsh Kale in the past and have watched the flurry of hands from zakhir Hussein ànd Talvin singh perform and I don't want to give anything less than a top level Experience to these people.

I've only been here a week but I love everyone. These are the most noble, kind and hospitable beings I have ever met in my travels. I want to give them more than a good show. I want to to leave them with some tangible inspiration. I want the notes to ring and linger in the air like ether.. So you can reach out and almost touch them like soap bubbles ,I Want to see a G clef pop Off some kids probing finger, searching the air, eyes big as breakfast saucers.... So of course I ask the sound engineer for more reverb...." 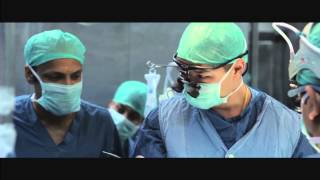 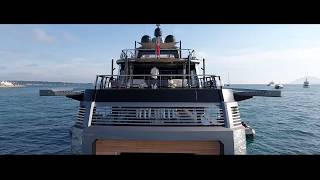 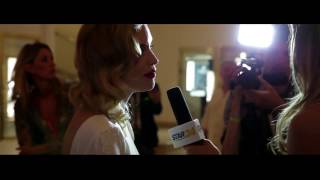